Drowning in Email? The Email Charter Aims to Save Our Inboxes 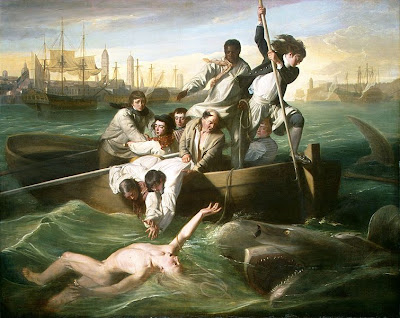 In grade school, every kid learns how to write a letter:  heading, date, salutation, body, closing.  They're taught to address an envelope properly.  Later, they might learn how to write a business letter, and be instructed in the use of the subject line ("Re:"), "Cc:" "Bcc:" and "Enclosures:" lines, and to put "Attention" on the envelope so it gets to the right department or person.

It's not unusual for me to receive over 100 emails in a day, and a lot of these are complete time wasters.  I'm not alone.  We're all drowning in email.

It's time for us to start teaching how to write and use email the right way.  But how? Business letter conventions evolved over time, and email -as both a convenience and a festering plague -  is pretty new.

I first began using email in the late '80s at the University of Pennsylvania.  Faxing and voice mail were pretty new, too, and while this may be hard to believe, phone messaging had only just established itself as standard practice.  (A few quaint cranks still sniffed that they never left messages on answering machines, but their numbers were dwindling.)  I wasn't sure why the guy in charge of our brand new humanities computing was making such a fuss over "electronic mail" (and some other thing he called the World Wide Web), but I gave it a shot.  I still remember the thrill of receiving a note from a prof at Temple University with whom I was organizing an event.  We called each other on the phone to celebrate: e-mail worked!

A year or two later, I was using it regularly.  No more rushing to make early phone calls to catch Europeans in their offices.  No more worrying about whether the fax had gone through when the power went out in Tegucigalpa every afternoon.  It made working internationlly so much easier.   Eliminating phone tag was another big plus.  Inboxes at the time were manageable - I remember being shocked to learn that a friend had 80 messages in hers.  I can't help feeling the stab of nostalgia when I think of it. Only 80?

Fast forward a couple of decades.  My inbox contains 5000+ emails, and that's in just one of my half-a-dozen other email accounts, not counting the messages in Facebook and Yahoo.  This isn't entirely voluntary - every time I work as a contractor or an adjunct, I'm given an e-mail account that I'm required to use for communications with my department and with students. The nature of my work means I'm on a lot of mailing lists.  I tried dividing my account into an email for lists and a personal email.  That worked great, until I lost 60,000 airline miles because I got busy and skipped checking my "lists" account for a few weeks.  Filters, too, don't solve the basic problem of overload.  It's like trying to filter a tsunami.

So I went back to a single main account.  Since then, I've spent entire mornings deleting old emails, left over from the days when I didn't realize storing stuff in my inbox or folders was going to turn into a Sorcerer's Apprentice situation.  I've made rules or myself (e.g. I delete any list emails that I haven't read within 24 hours) and I break them regularly.  This makes me very cranky.  I mean, I've flamed my own mother for sending me heartwarming e-mail or nonsense about using my car door remote through my telephone.  I'm feeling like old Watson in the painting up there.

So I sat up and took notice when I saw http://www.emailcharter.org  There have been many attempts to instruct users in netiquette, but so far it hasn't been standardized - no Emily Post of the Internet has emerged.  In the meantime, people like TED curator Chris Anderson have tried to create some rules for keeping our inboxes under control.  The Email Charter was put together after a TED post by Anderson in 2011.  The Charter has 10 proposals, such as "Respect Recipients' time," "Slash surplus CCs," "Cut contentless responses" and "Celebrate Clarity" (this last, ironically, is about using a meaningful subject line.  And yes, you are detecting an unfortunate fixation with alliteration).  Oddly,  there's no mention of avoiding the plague of leaving header after header after header in the body, of or sending out emails with all the recipients' information clearly visible in the To:  or Cc: line instead of using a Bcc: to protect their privacy.  But it's a valiant start.

Check it out and let me know: What is the one email etiquette rule you wish everyone would follow?