In a month of Instructional Technology excitement here's something that got me pretty excited: Wikipedia's WikiProject_Murder_Madness_and_Mayhem. I was googling "edupunks" and came across this article about a University of British Columbia class in which the student's "products" were high-quality Wikipedia articles on Latin American literature. Now, this is probably old news - the class took place in spring of 2008 - but it addresses a moral-pedagogical issue I've been wrestling with over the last few years: Where do I get off forbidding my students to use Wikipedia in their research papers when I (and at least a few brave colleagues who've admitted it to me) use it all the time and even contribute to it? Now, before you throw my job application into the trash can, look deep into your soul, admit you *love* Wikipedia, and keep reading.

Wikipedia is a great way to orient yourself to a new topic quickly, or to refresh your memory, even though some of what's written on it is crap. In fact, for teaching, the fact that some of what's written on it is crap and some of it is excellent is precisely what makes Wikipedia so valuable: it's a way to introduce students to concepts of scholarship, peer-review, and why citations matter, and to open a discussion on all that good stuff that's part of a proper education. Plus, forbidding students to cite it in research papers is pointless, because everyone always looks at it anyway. 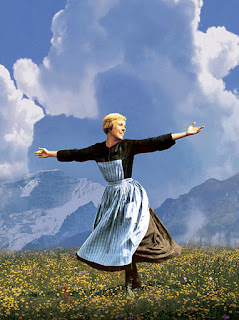 So at a certain point, I found myself singing "How do you keep a wave upon the sand?" so often that I made a virtue of necessity and tried to turn my students' reliance on Wikipedia to pedagogical advantage. That's why for the past few years, as part of the orientation to a research paper assignment, I've given a little lecture on how Wikipedia works (there are still lots of people who don't realize anyone can edit the articles). I show students the Wikipedia page where, every year, I add the race dates for the Atlantic City Race Course (a public service I've taken it upon myself to provide), and I explain the right way to use Wikipedia, as well as its pitfalls for serious research. I tell my students to go ahead and use Wikipedia to see what is basically the received wisdom on their topic, but that they *must* confirm anything they find using trusted sources. I tell them that they can sign up and write Wikipedia articles, and that if they know a lot about something, they ought to. This leads to a discussion of peer review and the entire framework of serious scholarship. Just to underscore the point, I even require my college students to provide, along with their research paper draft, a printout of the relevant Wikipedia page. (This also prevents about 90% of the most inept plagiarism I used to encounter.)

But the Murder, Mayhem and Madness- Latin American literature class project takes it way, way, beyond that: the students actually produced and published the scholarship themselves. The idea was that, instead of research papers, the class would improve Wikipedia articles on their subject. As they put it, "Our collective goals were to bring a selection of [Wikipedia] articles on Latin American literature to featured article status (or as near as possible)." (In case you don't know about "good" and "featured article" status, one of Wikipedia's responses to early criticisms of the quality of articles was to devise these categories, a form of peer review that awards a special status to articles that Wikipedia's editors - or knowledgeable reviewers - determine meet certain quality criteria.) And the students did it: "By project's end, we had contributed three featured articles and eight good articles. None of these articles was a good article at the outset; two did not even exist."
I'm faint thinking about the possibilities - instead of pecking out a research paper so meaningless that even its author doesn't bother to pick it up at the end of the semester (just the grade, ma'am), students in this class published their work and entered the stream of living scholarship that stretches back to at least the middle ages. Their work is out there now, part of the mix, to be argued over, cited, refuted, praised, corrected. They've engaged. And the thing is, this kind of meaningful contribution - this producing rather than just receiving - would not have been possible for humanities undergraduates without the collaborative, Web 2.0 technology Wikipedia exemplifies. So yeh, I'm pretty excited.
Posted by Anne Pushkal at 10:52 AM